AMBILAMP, as an Integrated Management System, must maintain an adequate balance between efficiency in all of its processes, guaranteeing impeccable financial management, and social responsibility. As an Integrated Management System for waste, AMBILAMP has always maintained a policy of social and environmental protection.
On 12 September 2007, the Board of Directors decided to constitute a Corporate Social Responsibility Fund, with the aim of devoting all the funds generated by the returns on financial investments to environmental/social projects. This fund proceeds from the difference between the returns obtained from the Cash Flow and the corresponding inflation. To decide on the destination of said funds, an Environmental and Social Committee was constituted within AMBILAMP, which began its sessions on 9 February 2009. This committee is currently formed by:

Each year this Committee establishes the amount that is going to be destined both to the Environmental/Social Fund, and to the Emergency Fund, based on the funds available. At the Committee meeting held on 30 September 2011, four organisations were selected that, due to their missions and their affinity with the sphere of action of AMBILAMP, we consider as principal. These organisations with which we maintain a Strategic Alliance are:

In addition to these four organisations, in the year 2012 funds were granted to: ACCION CONTRA EL HAMBRE(Action Against Hunger), UNHCR, ASOCIACION ESPAÑOLA CONTRA EL CANCER (Spanish Association Against Cancer), ANESVAD, ASION (Association for Parents of Children with Cancer), CENTRO DE HUMANIZACIÓN DE LA SALUD (LOS CAMILOS CENTRE FOR HUMANIZATION OF HEALTH), CRUZ ROJA (Spanish Red Cross), VICENTE FERRER Foundation, MEDICOS SIN FRONTERAS (Doctors Without Borders) , and ONGAWA – Engineering for Human Development .
This year, to date, donations have been made from our Emergency Help Fund to Acción contra el Hambre, (Action Against Hunger) for the Sahel food crisis, and to the Spanish Red Cross to help the people it is assisting in Spain due to the financial crisis that the country is suffering. 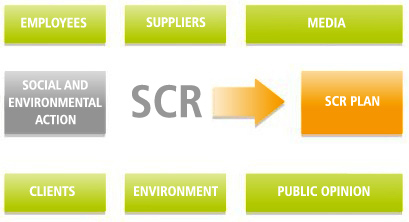