AMBILAMP, the Lighting Recycling Association, has launched a new campaign in collaboration with Metro de Madrid, the aim of which is to raise awareness among users of this public transport network regarding the importance of recycling low-energy bulbs, fluorescents, and retrofit LEDs.

Under the slogan “Things you would never do with a blown light bulb”, the campaign will run for two months, with a first wave from 1 to 31 July  and a second wave from 1 to 30 September. It will feature over 300 posters and billboards displayed around the different Madrid Metro stations as well as a spot advertisement that will run over 1,300 times on the Metro Channel. 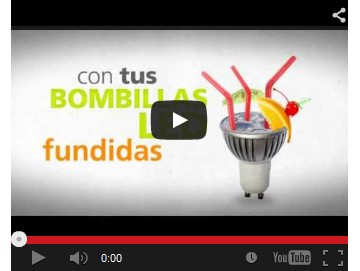